Unique Things to See and Do in Kuala Lumpur 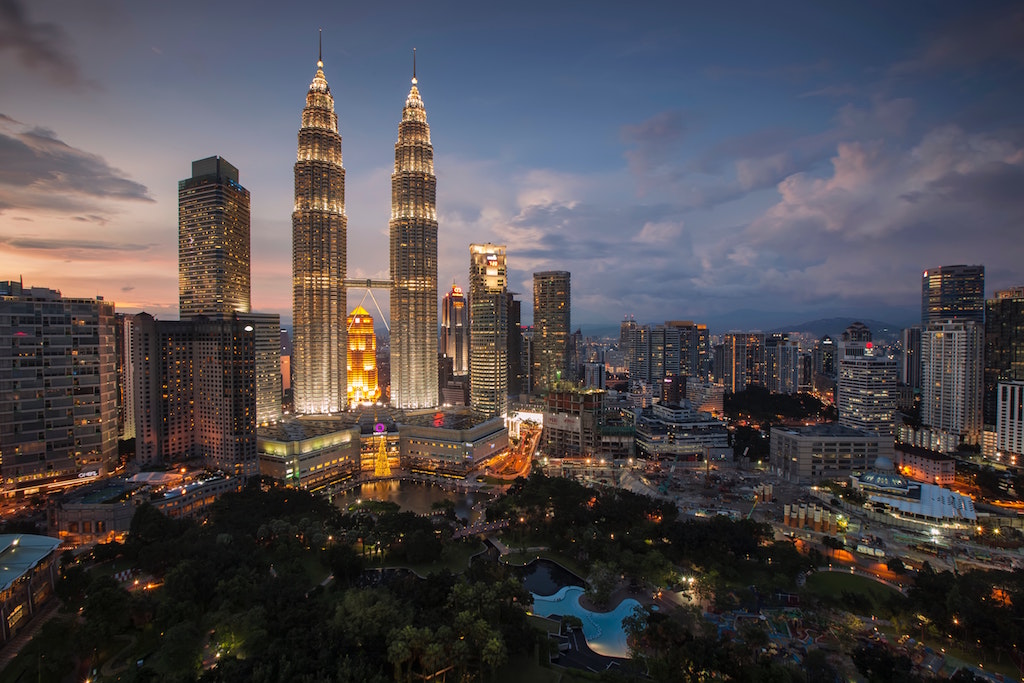 Between Thailand and Singapore, there is a multicultural melting port of Kuala Lumpur. This Malaysian capital is located on the west coast of the two regions split by the South China Sea, constituting a unique collection of multi-ethnic, multi-dimensional tourist destinations.

With a rapidly growing economy that hosts the world’s tallest twin towers, this city speaks to the heart of several pre-dominant Southeast Asian languages including Malay (official), a varieties of Chinese dialects, Tamil, Telugu and Malayalam. Thanks to its former British rulers, English is also one of the major languages in Malaysia.

Standing at 452 metres tall, the Petronas Twin Tower is an iconic spot which every tourist must visit. The skybridge between the towers has so many breath-taking scenes to offer beyond its height. It’s a skyline punctuated by modern architectures combined with a blend of minarets and domes, displaying a truly remarkable fusion of cultures. Here and there, such overview of the vibrant city is a blessing made by the Malay, Chinese and Indian communities.

After standing at the shoulders of giants, perhaps it’s equally intriguing to have a head-to-head encounter with 5,000 different aquatic and land-bound from Malaysia and all over the world. Beneath Kuala Lumpur Convention Centre within Kuala Lumpur City Centre, there is an oceanarium hidden in the urban jungle. The Aquaria KLCC is an aquarium that stretches over 60,000 square feet with a 300 foot tunnel, giving tourists a sensational experience to bridge the gap between the land and sea.

If nothing else, having a 272-step climb into Batu Caves would be the best way to greet the gigantic golden statue of Lord Murugan, the Hindu god of war. A visit to the pewter factory would also be a gateway to get to know more about the colonial history of Malaya.

A day in the rainforest tour is probably the most unique must-do thing in the capital of Malaysia. Situated around the peripheral of Kuala Lumpur, the Jungle Lodge Alang Sedayu gives everyone a refreshing outlook on the wildlife in Malaysia and experience the wonderland in a 300 million years old jungle along with a waterfall.

The daytrip in the Malaysian jungle sounds physically demanding, but this city is also well-known for a plethora of Mamak stalls which serve mamak food from the people who are usually with a Tamil Muslim origin. With a local greeting of “have you eaten yet”, it’s not hard to find appetizing food like satay, a dish of skewered and grilled meat served with a sweet yet spicy source, and unique drinks such as “Teh Tarik” (literally refers to “pulled tea”), a mixture of milk and tea that is poured back and forth repeatedly between cups.

As diverse as it seems, Kuala Lumpur has a rich culture made up of different ethnicities who celebrate a range of festivals, including Eid al-Adha (“Sacrifice Feast” for the Islamic world),  Eid al-Fitr ( “Happy Eid” for the Muslim-Malaysians), and the mid-autumn festival (or Mooncake Festival). In this city of Twin Towers, there is nothing but good food, amazing nature, and above all, richness of Southeast Asian cultures.